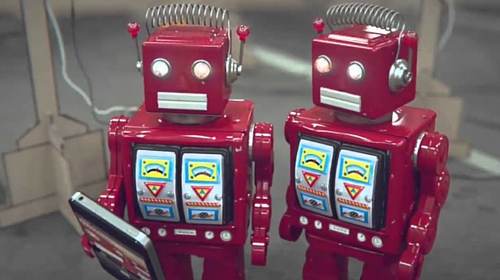 In the 18th and 19th centuries the world was hit by the Industrial Revolution. The development of new innovative machinery transformed the world, taking manufacturing out of homes and putting the jobs into factories where mass output could be achieved. Efficiencies increased, output was maximized, jobs were generated but it all came at a cost. The cost was the standard of living and employment of the poor. Jobs were taken from the bottom and generated for the top, leaving too many unskilled workers unemployed and living in terrible conditions.

Now here we are again. Millions of jobs are being threatened by new technologies that have been developed to streamline routine tasks that are typically filled by lower-skilled, lower-paid workers, and it all seems too familiar.

A recent study by the NSW Parliamentary Research Service looked into the impact emerging technologies will have on jobs in NSW. Those findings have been applied to job vacancies Australia-wide to determine which states are going to be hit the hardest, which might make it out okay and the overall impact it will have on Australia’s workforce.

What did we find?

1 in 6 jobs is not a figure that can be ignored.

Which states and cities are most at risk?

NSW, WA and QLD were next in line with the highest portion of jobs likely (greater than 75% chance) to be replaced by robots, while VIC, ACT, NT and TAS had the least. Brisbane city had the best result of the capital cities with only 7% of total job vacancies having greater than 75% probability of being computerized.

Which jobs are most at risk?

Lower skill jobs are easier to automate, so these are likely to be replaced first. Jobs that involve routine tasks (butchers, bank tellers, plant operators, admin workers etc) and little creative thinking or emotional intelligence are at high risk. They also typically attract a lower salary, so essentially robots will take over the jobs at the bottom end, leaving only mid to high skill level jobs that are paying upwards of $80,000. The impact? An increase in tech job vacancies and high-skill, high paid jobs which will be met with a significant reduction in entry-level jobs and a substantial reduction of jobs for those with no specialization or higher education. Basically our low paid, unskilled Australians will have nowhere to go. Sound familiar?

What are the consequences?

Breaking into the workforce is already a challenge for young Australians with an average of 32 graduate job seekers per graduate vacancy. The emergence of intelligent technology is likely to result in even less jobs being available for unskilled workers as these are the easiest to computerize. And for states like South Australia who already face grim employment levels, the unemployment rate will be forced even higher.

With less entry level and lower skill jobs available, people will be forced to upskill more than ever before through further education at University or even unpaid work experience. Some workers might even be forced to consider entirely new career paths with some industries likely to lose all human input.

While emerging technology will have a negative impact on much of the workforce, it will increase efficiency and create a positive outcome for consumers due to reduced costs.

CEO of Adzuna Australia, Raife Watson, says ‘computers are taking over the jobs of the low skilled, so the obvious option is to up-skill. It is still hard for computers to replicate emotional intelligence, critical thinking and hybrid skills so finding a way of involving these into your role is one way of avoiding automation.’

Raife says that for some jobs there is no avoiding automation and people in these industries should plan ahead.

‘There is no doubt that some industries and jobs will be hit harder by automation. Workers in these roles need to consider changing careers or start aiming for management roles, and those entering the workforce will have no other choice but to consider a different study path. Being aware of available jobs before spending thousands on a university degree could save a lot of stress.

The Industrial Revolution of the 18th and 19th centuries resulted in terrible employment and living conditions for those in the lower socioeconomic classes but improved the standard of living and increased employment opportunities for others. This is looking like a very similar situation. But with 1 in 6 jobs likely to go, it’s a worry.’

Raife Watson says ‘if the research proves to be correct, it will change everything.’

Job vacancy counts fall steeply across the globe due to coronavirus