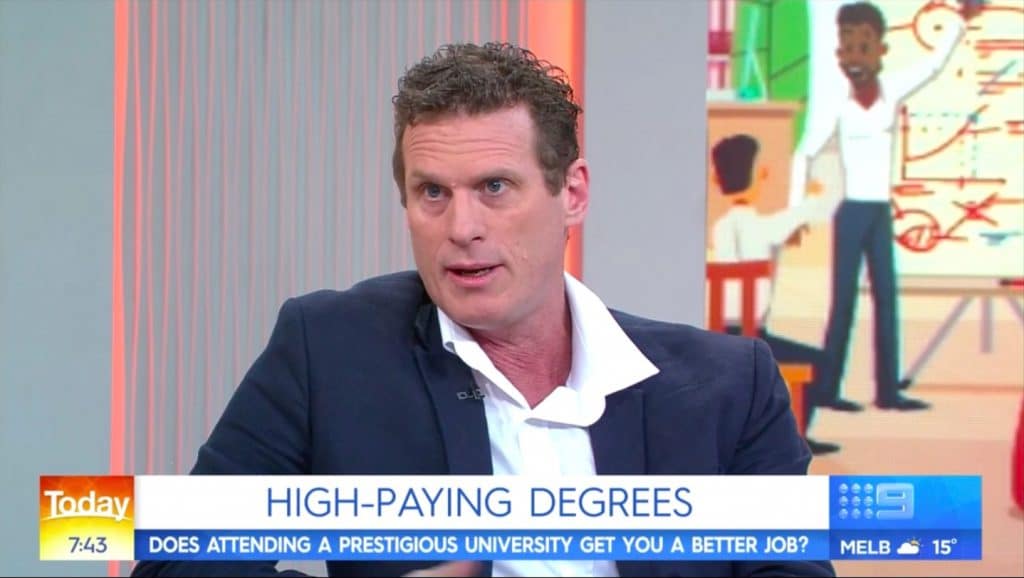 Are you going back to uni to get a better job? Does a more prestigious university result in more pay?

The question is this: does attending a better-ranked university mean better prospects or higher pay?

According to new research from Adzuna’s ValueMyCV, the results may not be as clear cut as a higher university rank meaning higher pay.

ValueMyCV cross matches a job candidate’s CV with a number of data points to produce an average pay figure.

Those leaving with Accounting and Finance degrees

Electing for a single Accounting degree

What does it mean for prospective students?

Course choice makes a significant impact; someone graduating at the University of Melbourne with a finance degree has an average earning of $245,381 while their communications studying counterpart sees an average of $84,358. Even so, it seems that prestige doesn’t necessarily mean higher pay.

“There’s been a lot of slick marketing from universities touting their rankings in research, degree outcomes, and how long they’ve been around,” says Raife Watson, CEO for Adzuna Australia. “Our ValueMyCV data set shows that there are many different variables when it comes to what a job seeker is worth including soft skills, how niche their skillset may or may not be, and of course, time honoured work experience.”

ValueMyCV is Adzuna’s ongoing big data research project showing job seekers salary estimates based on the contents of their resume. The data is skewed by the amount of information presented on individual resumes. The model was built upon over 100,000 of submitted CVs in Australia and a special neural network to parse the anonymised data.

How can students who are not studying these degrees improve their job prospects?

Our statistics have shown that you do not have to attend University to get ahead – if you’re not suited to this academic route there are alternatives such as trades and other vocational courses. and you won’t end up with a huge debt at the end of it!

Jobseekers without these degrees or diploma should be prepared to work hard and cultivate their soft skills and look for work experience in industries that they are interested in. There are jobs listed below on adzuna.com.au that will lead to lucrative jobs without a degree

Average Salaries for jobs not requiring a specific degree

Find your dream job on adzuna.com.au

Note: the data does not recognise salaries comprised of OTE or commissions. Individual results may also vary.