Competition for jobs reaches the highest point in three years

The number of job seekers competing for each live role Australia-wide has reached the highest point in three years. 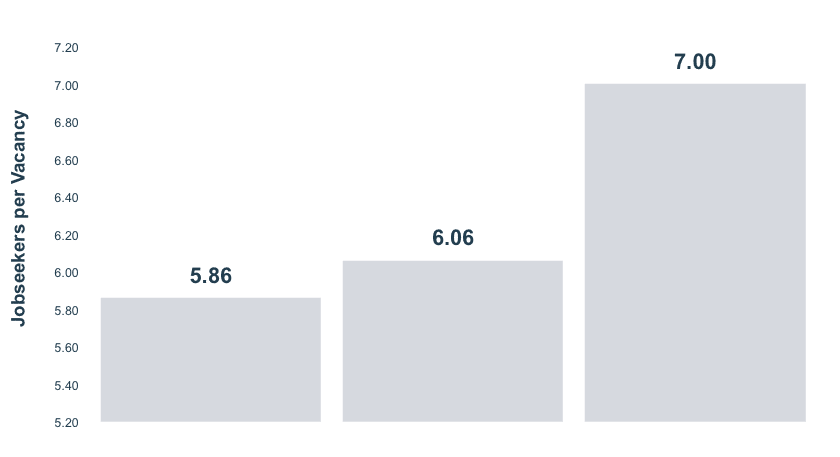 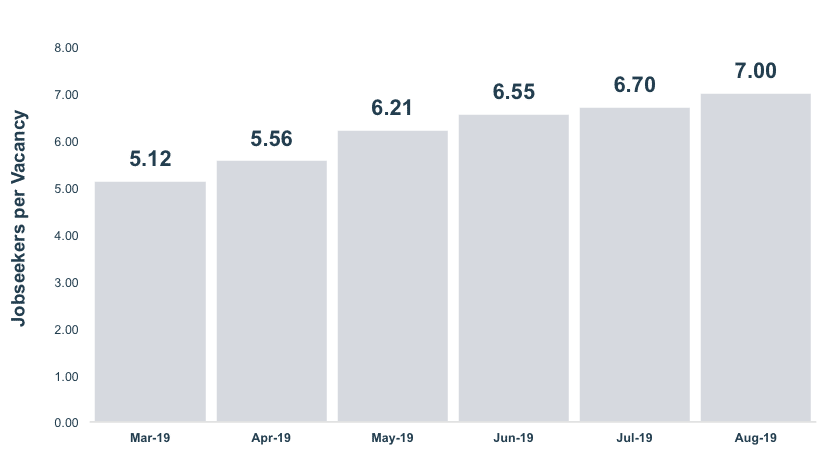 Adzuna CEO Raife Watson says, “The spike in the number of Australians competing for jobs is driven largely by underemployment in Australia.

“More people are looking for work as a result of weaker household income growth and housing affordability, however, the bulk of jobs being created in 2019 are part-time, when Australian workers are desperate for solid, stable, full-time positions,” Mr. Watson said.

The toughest conditions to find work are in Regional Australia, where jobs are scarce and unemployment continues to increase. 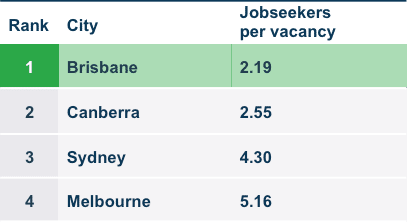 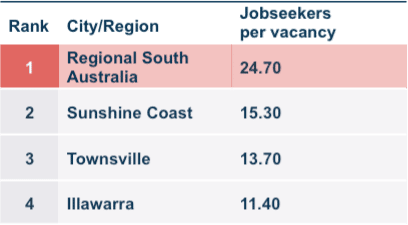 The biggest disparity in job competition can be found in Queensland, where 2.19 job seekers compete for a position in Brisbane compared to 15.32 on the Sunshine Coast.

Watson says, “Brisbane has experienced a population boom over the past few years as a result of an increase in people leaving Sydney and Melbourne to seek out affordable housing. This has resulted in job creation and strong economic growth for the city.

“In the past, Queensland’s Sunshine Coast has been a tourist hotspot. Recent flat wage growth means fewer Australian’s can afford to take holidays and parts of the country that rely on tourism for jobs are suffering as a consequence,” Mr. Watson said.